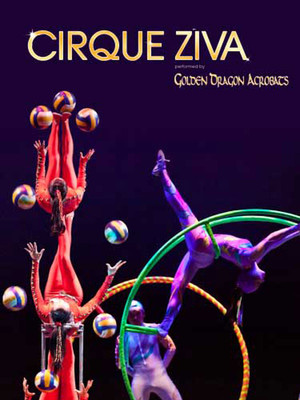 The Golden Dragon Acrobats present a well-placed sampler of a highly stylized art form. There is a precision and beauty about everything these performers do.

One of the most unique Asian performing arts companies in the USA today, the Golden Dragon Acrobats have been going strong for over 30 years bringing the centuries-old Chinese art form to fans across the country, with 200 performances annually. The only Chinese acrobatic company to tour all year whilst working with local community youth outreach programs, their electrifying show Cirque Ziva premiered in 2011 following a major restructure of the company, to critical acclaim. in 2005 they made their first Broadway debut, earning two prestigious New York Drama Desk Awards nominations in the process.

Originally established as the Chinese Golden Dragon Acrobats in 1967 by Lien Chi Chang, he introduced his seven-year-old son Danny Chang to the acrobatic art of Chinese theater, 1967 to 1984, Lien Chi led the company to numerous performances in different nations, before handing over the reins to Danny.

Sound good to you? Share this page on social media and let your friends know about Cirque Ziva at Akron Civic Theatre.