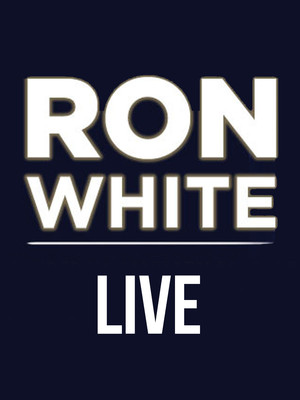 White's inspired comic mind finds a dozen sources of humor where the average comic would find only one or two, while making a fine art of the deadpan style

After finding fame with the Blue Collar Comedy tour in 2000, he has since garnered two Grammy nominations, a Gold Record, three of the top rated TV specials in Comedy Central history, a book on the New York Times Best Seller List, and CD and DVD sales of over 10 million copies! Despite struggling for 20 years prior to 2000 on the local circuits, White has successfully established himself as one of comedy's hardest working personalities.

Texan-born White can usually be found whilst on stage puffing away on a cigar while sipping on a glass of Scotch. His deadpan observations about real life, without ever referencing television ensure that his comedy maintains a timeless appeal, even if they are sometimes littered with curses! Favorite subjects include riffs on excessive drinking, his marriages, his unique approach to funding the military, and even the joys of a well-appointed bathroom. Moviegoers will be familiar with him from roles in Horrible Bosses, Sex in the City 2 and Billy Bob Thornton's directorial effort, Jayne Mansfield's Car.

Always puts on a great show. His wife;s performance as the opening act... more

Dave OMarra: “Worth the trip”

Came to nyc from Toronto to finally see one of my favorites after seeing... more

Sound good to you? Share this page on social media and let your friends know about Ron White at MGM Northfield Park.